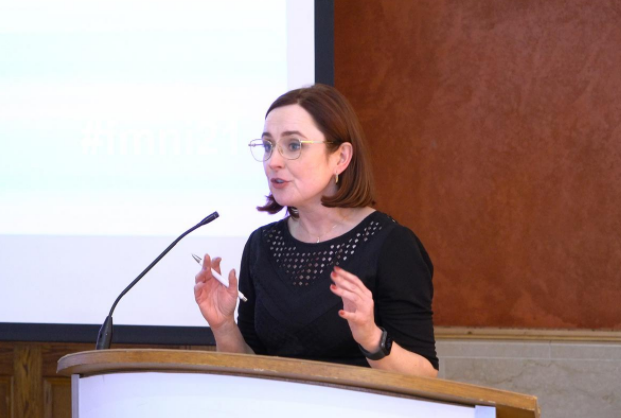 Stigma around suicide has reduced but nearly half of people in Northern Ireland find it too difficult to talk about their feelings and emotions, according to a survey by the Mental Health Champion.

New findings released from the 2021 Northern Ireland Life and Times Survey by the Mental Health Champion, Professor Siobhán O’Neill, show that, while there has been a strikingly positive improvement in attitudes towards mental ill health and suicide, almost half of those surveyed (44%) find it difficult to talk about their feelings and emotions, an increase from 2015 (38%).

Stigma surrounding mental illness and suicide is an important public health issue because of its association with discrimination and help-seeking, and how it impacts on the responses people receive when they are in crisis.

Speaking about the findings from the survey, Professor O’Neill remarked:

“Unfortunately, in 2015, 48% believed that if a person wanted to end their life they will and there is nothing anybody can do about it. Thankfully, this percentage has dropped to 14% in 2021, showing a greater awareness of steps that we can take to prevent suicide.

“Some of our survey findings are positive. They show that the awareness and education programmes being run across Northern Ireland to improve attitudes are working and this is likely to translate into people asking for support at an earlier stage. However, this work must continue.

“The fact that almost half of those surveyed had difficulty talking about feelings and emotions, and that the proportion increased from 2015, tells us that more needs to be done. Being able to identify and talk about our feelings is fundamental to managing our emotional wellbeing and mental health.

“Action 2 of the 10-year Mental Health Strategy is a plan to promote mental health though early intervention and prevention, and to reduce mental health stigma. It’s vital that the Strategy is implemented and funded in full, so that we can eradicate stigma and teach people the skills to understand, express and manage their emotions and feelings.”

The survey’s findings also included information about what sources of support people want, as well as their views on what the government’s priorities for mental health should be.

Commenting on these findings, Professor O’Neill added: “The study confirmed that prompt access to services is a priority for the population and primary care has a key role to play. Again, the Strategy will address these issues through a range of actions and deliver accessible local services. We now need to allocate the funding for year one, and beyond, so that work can commence urgently.”

Other key findings include:

– Stigma surrounding mental ill health has decreased since 2015 and asking for help is now perceived to be more socially acceptable:

– There has been a dramatic reduction in the proportion of people holding negative and inaccurate beliefs about suicide:

o 2% agreed/strongly agreed that if a person has made a previous suicide attempt then they would not do it for real, compared to the 2015 figure of 16%.

– Many who may benefit from help have not accessed support:

o Of those who had experienced emotional or mental health issues in the last three years, one in three (34%) had not sought support from any source.

“The Northern Ireland Life and Times survey is run by ARK, a joint initiative of Queen’s University Belfast and Ulster University. It provides a vital role in recording public attitudes to key policy issues. Mental health is particularly important, given the major local, national and global events that we have been living through, and continue to experience. Thus, the survey data is important for informing relevant mental health policy and programmes.”

The full survey report can be accessed here.